Our vision is the combination of science and practice

Our vision is combining practice and science for a solution development. The integration of experience and theory provides a powerful combination and neglecting either one of them limits our view. We draw our conclusions and recommendations as much from the experience in real life as we do from our understanding of the theoretical and conceptual underpinnings. Therefore, for us a continuous learning and working approach in both worlds is a fundamental element of a solution development for any organisation for us. Especially in these fast-changing times existing it becomes increasingly challenging to stay on top of the competition as knowledge becomes obsolete at a dramatic rate.

The table below shows the customers and business partners we are or have been cooperating with. In case of a specific interest, we are happy to provide further details and insights. 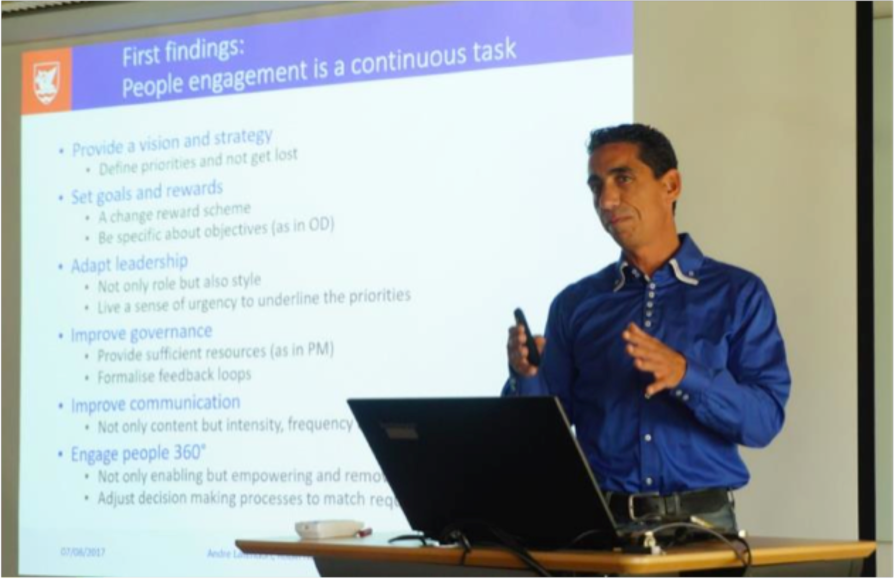 After obtaining a diploma in Engineering at the FH Wedel and a Master of Science at the University of Buckingham he started as an IT and later business consultant and manager for Accenture and KMC from 1996 until 2008. After that he pursued business and organisational development projects mainly in sales and automotive with his own firms. In the business world he has completed over 100 consulting and business development projects and 40 interactive workshops in 16 countries and is fluent in 4 languages: German, English, French and Spanish. On the academic side he is the director of the advisory board of the University of Venlo, which he supports also as a guest lecturer in organisational theory. In 2017 he was awarded a Master of Science for his e-mobility organisational readiness framework. Currently he also publishes various articles for magazines, journals and conferences.